The DCUK members are drawn from a variety of fields, and many wear more than one hat.

Currently, DCUK’s steering committee is comprised of our founding members.

Please get in touch if you could like to connect with any DCUK member for speaking or consultancy opportunities. 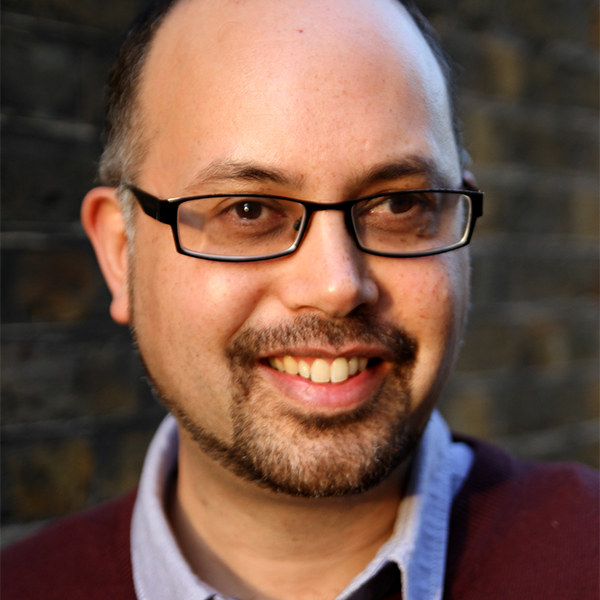 Elisar Cabrera is a producer with over 27 years in the film and television industry. In addition to producing the multi-award winning digital series 3some, he has produced six feature films (Ibiza Undead, Deadly Virtues, Who’s Changing: An Adventure In Time With Fans, Demonsoul, Virtual Terror and Witchcraft X); directed factual entertainment (Sex Goddesses on Living TV); was instrumental in bringing back British wrestling to British TV screens (Revival on Bravo and Frontier Wrestling on Fight!); has experience in home video distribution; and has over 17 years’ experience in the international sales of feature films and TV dramas. He sat on the Board of Directors of the New Producers Alliance in the 1990s and sat on the Board of Directors of Film Export UK – an industry body representing the UK international film sales industry. Elisar has taught marketing and selling of film and content at Raindance Film School, London Film Festival and National Film and TV School courses. An advocate for online and digital production and distribution, Elisar produces the UK’s only digital series festival, the Raindance Web Fest, created Raindance Film Festival’s own VoD platform in association with Distrify, curates and produces the VidfestUK online video attraction at MCM London Comic Con and is a co-founder member of Digital Creators UK. 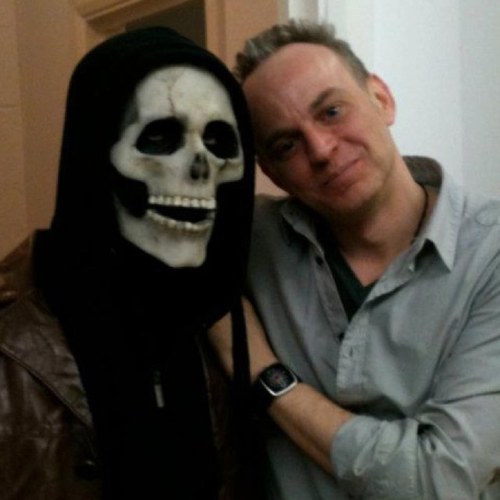 Darren Chadwick-Hussein is an award-winning writer and producer. After graduating from the prestigious University of Arts MA Screenwriting program, he created the phenomenally successful online horror comedy drama The Bloody Mary Show. With over 2.5 million views and multiple awards including Best Web Series Comedy at the 2013 Indie Series Awards (nine nominations, three wins) the show continues to be used as an example of how to create successful online independent television. Darren specialises in writing and creating continuing narratives within long and short form series and is a tutor for the MA Raindance program. He has also written for film, stage, radio, and TV as well as regular contributions to blogs and vlogs. He is represented by Kelly Marshall at Smart Talent. 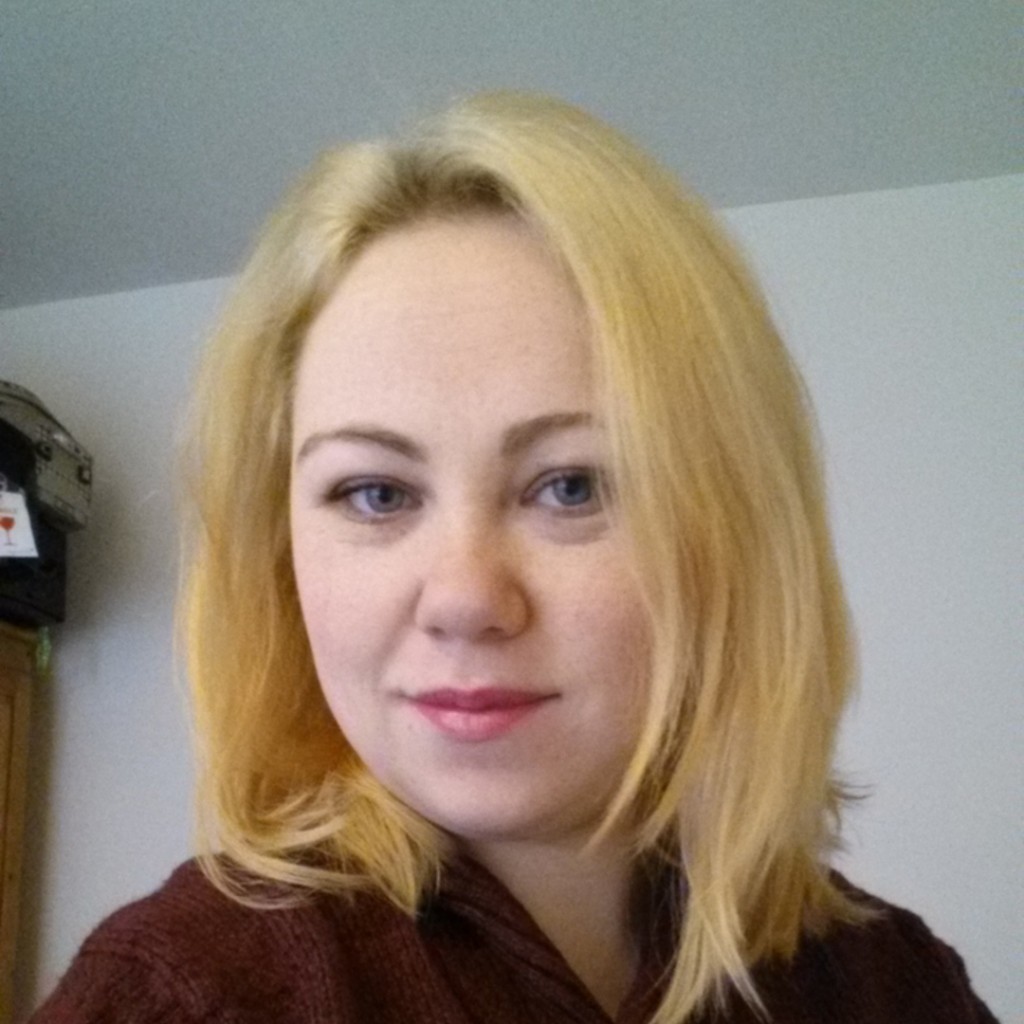 Multi award winning Creator Susan E. Clarke succeeds in wearing many hats. As a Writer/Producer her Sci – Fi Web series Chronicles of Syntax has gained quite a substantial fan base, and along with many other accolades, was awarded Best International Series at Miami Web Fest. While heading her production company, iDare Productions, Susan is also one of the co-founders of Digital Creators Uk, a journalist and presenter for Webvee Guide and often can be found helping with many Web fests around the world, including Raindance. She also works for the international multichannel network BuzzMyVideos, where she helps other Creators understand the ins and outs of the YouTube platform. When she’s not doing all of that Susan can usually be found writing new projects or hanging out at Comic Con. 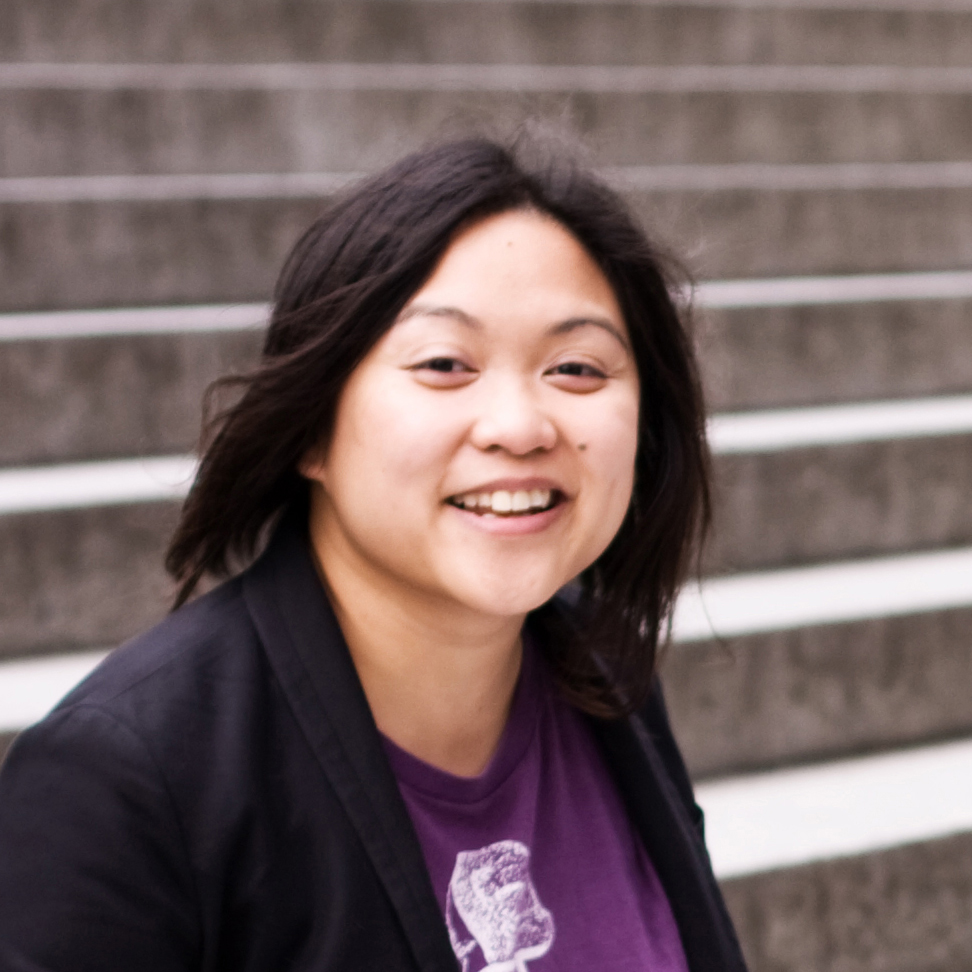 Rochelle Dancel is a producer and brand strategist. She is a founding partner at Bats In Belfries, a brand communications agency co-founded with former Ogilvy Creative Director, Simon Frank, where she leads on creative strategy, audience development and brand integration. Rochelle has served as a producer on the critically acclaimed series Producing Juliet, and web series B.J. Fletcher: Private Eye on AfterEllen.com/Logo, a show that garnered over 12.5 million views in three seasons. She is currently the Creative Director on new series Witch Like Me, overseeing the show’s multichannel experience, and a writer on its companion series. 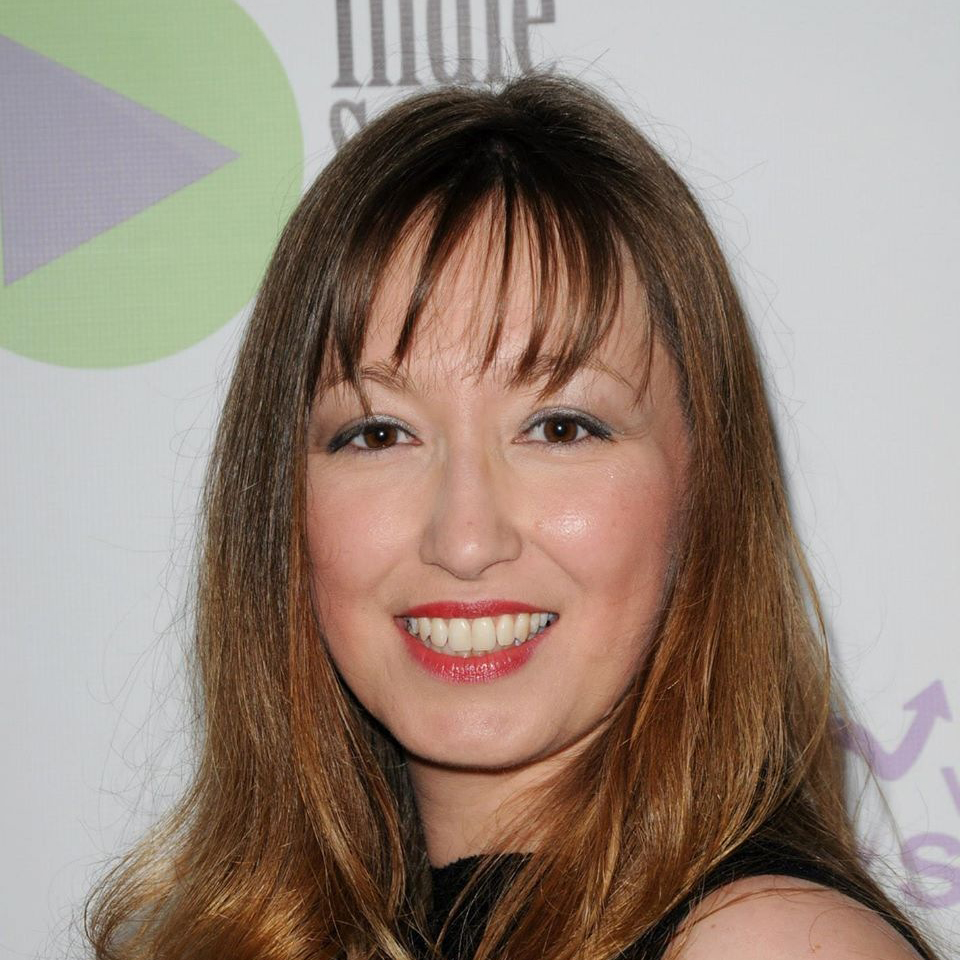 Lisa was a publishing and advertising executive for several years, before moving into international film and television sales and marketing.  In 2009, Lisa decided to return to full time education and studied for a first degree in Theatre.  Lisa is now a published playwright and screenwriter, working across film, television and online.  She combines this work with directing and producing, as well as lecturing in writing for the web at film schools and events.  In 2014 Lisa won the US Indie Series Award for Best Writing – Drama for the web series of 3some.  A keen spokesperson for the British web series creators community and for more diversity in film and TV writing and directing, she has recently been interviewed by The Observer, The Stage, Broadcast, The BBC, Wired, Lioness Magazine, 3dot Magazine and many more. 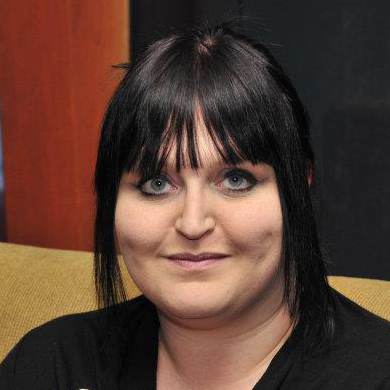 Victoria trained as an actor at the Central School of Speech and Drama and has worked in stage, film, online and TV projects. Alongside this, she taught voice, acting and singing with children and young people, which led to her starting to write and direct. After creating several plays for children, she graduated to grown-ups(!) and in 2009 set up Systir Productions with her sister and writing/producing partner Amy. So far as they can tell, according to Google, they are the only sister filmmaking team in the UK.

With Systir she co-wrote and directed multi award-winning webseries ‘The Syndicate’, which has since been developed into feature script ‘In The Blood’; short films ‘616’ and ‘Drawn Together’; and developed ‘616’ into a fantasy/horror webseries. She is now mentoring new writers and creators to develop their short film and online projects, as well as developing further Systir projects. Outside of Systir, Victoria directed the award-winning webseries ‘The Bloody Mary Show’ and several short films.

As well as being a founding member of DCUK, Victoria is a tutor for our webseries writers’ room, helping new writers to develop webseries. She is also writing tutor for RAaW London performance training, a freelance script reader and has been a jury member for the Raindance and IAWTV webseries festivals. 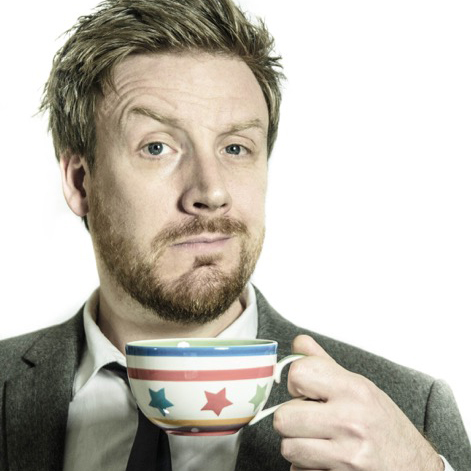 Jamie McKeller is a creative fiend based in the city of York, way up North of London close to the wall. Over the last five years he has produced several web series including the award winning “I Am Tim Helsing”, ISA Nominated “Nights at the Round Table” and sci-fi comedy “The Away Mission”. In 2016 his first feature film will head face first into production, made possible only by the sheer wonderfulness of the amazing people who discovered his work online.

You can check out his ridiculous amount of projects here – youtube.com/iamtimhelsing and follow his Tweeted adventures by hunting down @redshirtjamie 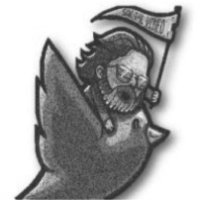 After graduating from King’s College London with a BSc in Mathematics and cutting his teeth on several short films, Chris took his first steps in the web series world when he joined the team of the UK sci-fi web show Chronicles of Syntax, directing two of the six episodes and editing half of the 3-hour long series, as well as taking on the role of consulting producer and all-round tech geek. Currently working towards a second season, Chris has helped take Chronicles of Syntax to the MCM Expo London Comic-Con and festivals around the world, including Raindance Web Fest, TO Web Fest, LA Web Fest (where the series won 6 awards, including Outstanding Science-Fiction/Fantasy Series and Outstanding Editing) and Roma Web Fest. 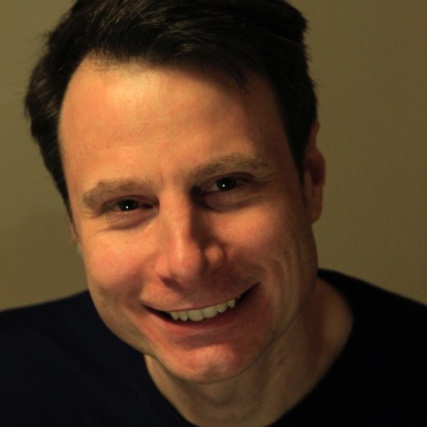 Heralding from Australia and now based in London, I am a writer/producer who has successfully forged a career in television/digital production, social media and streaming video.

He works as the Content & Acquisition Manager at the BuzzMyVideos YouTube network and am YouTube Certified. He is also the co-creator/writer/producer of the sci-fi web comedy New Eden, which was commissioned by ChannelFlip to air on their HuHa! YouTube channel. 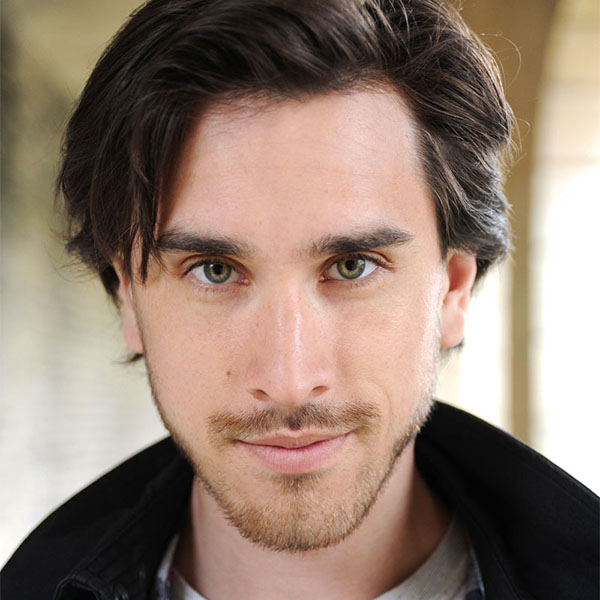 Phillip trained as a professional actor at The American Academy of Dramatic Arts (where he won the Michal Thoma Award for acting) and has a variety of credits to his name ranging from work with The Royal Court Theatre, Secret Cinema, BSkyB, NBC, The BBC and New Line Cinema. His theatre company has won multiple awards for productions and he is an award winning playwright. He went on to set-up Fyrian Films – with Chloe Seddon – ‘The Vessel’ won first place for Best Webseries Pilot at The Raindance Film Festival. He has produced/written and directed a few short films which have also garnered notices from The Guardian, Sci-Fi London and various film festivals around the globe. 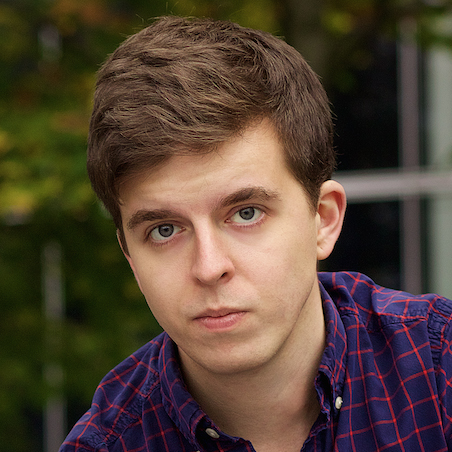 Christopher Bingham is an entrepreneur who has been an active member of the online video community since his teens. Over the years he has taken opportunities to work behind and in front of the camera as director, producer, presenter and actor. He lectures on Emerging Media Technologies at Ravensbourne University, and is the co-founder of a talent management company, Reboot the People, who represent up and coming online video stars. 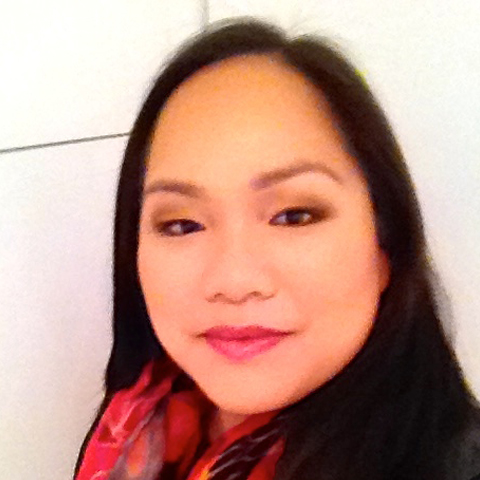 Tanya has been working in the digital industry across entertainment IP and innovation for the last ten years working primarily with global gaming and entertainment franchises such as Star Wars, Marvel and Moshi Monsters that have achieved BAFTA, Golden joystick, Develop, Chartered Institute of Marketing, The Queen’s Award for Enterprise (Innovation) and Telly Awards respectively.

Tanya also provides mentoring and consultancy to new tech startups across a wide variety of business incubators and accelerators including Wayra, Wayra Ultd, Oxygen Accelerator, The New Entreprenurs Foundation and The School of Communication Arts 2.0. She is also an expert judge for the Future8 awards and an expert adviser for Power to the Pixel. Her work spans across multiple industries and disciplines with one unifying trend: forward thinking innovation.